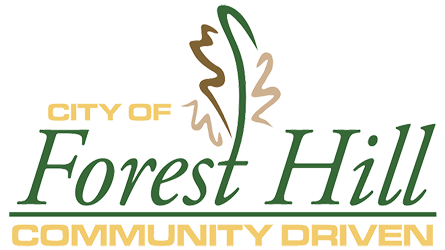 The office of the City Secretary serves a multiplicity of responsibilities.  The City Secretary attends City Council, sanctioned Commission, Committee and Board meetings, and maintains a record of accurate minutes of the proceedings. The office serves as the official keeper of City records inclusive of ordinances, resolutions, contracts, easements and deeds. The office is charged with maintaining records by and for the City in accordance with requirements established by law.  In addition, the office staff coordinates municipal elections, monitoring the terms and attendance of all Boards and Commissions of the City, and overseeing the publications and postings of legal notices. The City Secretary also acts as the Records Management Officer of the City.

From time to time, elections are held in Forest Hill. They can be municipal or national in nature.

The City Secretary serves as the Chief Election Officer for all local City elections and coordinates with Tarrant County elections for any state and federal elections.  The Forest Hill Civic and Convention Center typically serves as an early voting and/or election day polling place in the City of Forest Hill.

Tarrant County registered voters are eligible to request and receive a ballot by mail if any of the following conditions prevents them from voting in-person during the early voting period of on election day:

Get started by filling out the official application form.

This requirement is effective immediately.

Here is a list of the acceptable forms of photo ID:

With the exception of the U.S. citizenship certificate, the identification must be current or have expired no more than 4 years before being presented for voter qualification at the polling place.

To confirm your voter registration status and find your election day polling place, perform a search using the Am I Registered? service.

The City Secretary is designated as the City's Records Management Officer by both state law and City ordinance and is responsible for:

Charges, if any, are assessed in accordance with the provisions of the Texas Government Code Ch. 552,  also referred to as the Public Information Act.  A request "is considered to have been withdrawn by the requester if the requester does not respond in writing to the itemized statement by informing the governmental body within 10 business days after the date the statement is sent to the requester." [GC552.2615(b)]

If estimated costs exceed $100, the governmental body may require a bond, prepayment, or deposit.